A Tectonic Shift in Analytics and Computing Is Coming

Dr. Paltseva collaborated with scientists from Russia, Germany, and Chile and the results of their work were published in the Journal of Environmental Quality 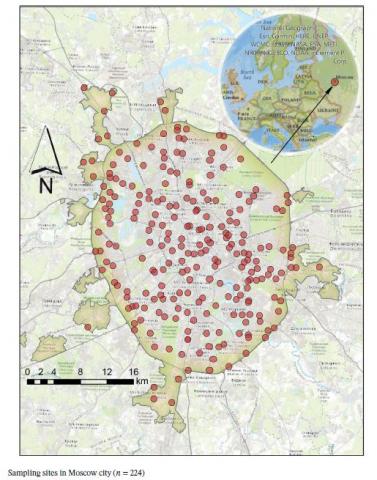 Scientific abstract:
Urbanization is responsible for some negative environmental consequences, including soil contamination by heavy metal(loid)s (HMs). At the same time, urban soils can buffer HMs and perform as geochemical barriers.

For the case of Moscow city, the soil contamination by multiple HMs as well as soil buffer capacity was analyzed, mapped, and considered to assess urban soils as geochemical barriers. Comparison with the health standards indicated contamination by different HMs in 30–60% of the observations, and Zn and Cd were the most widely spread contaminants. “Hotspots” of contamination were shown in the central and eastern districts of Moscow with the most  intensive traffic and congregation of industries.

New spatial patterns were shown for soil performance as geochemical barriers to multiple HM contamination. High buffer capacity of loamy and slightly alkaline soils in the city center with high contamination level resulted in a better performance of soil geochemical barriers compared with some green zones and natural areas where low buffer capacity of loamy sandy and slightly acid soilswere not enough to resist even relatively low contamination.